I am ashamed to admit that this weekend I have not made it to the market or to Deptford X, I have been a bit ill though. So, voluntarily flatbound I have been trying to think of wonderful fun facts about Deptford I can post.
Deptford overground station - It was built in 1836 and was the first ever passenger-only overground station to have been built in London. For a while I thought that maybe Deptford station was the first station ever to have been built which led me to believe that Deptford was intended to be the centre of London. In my eyes it is. 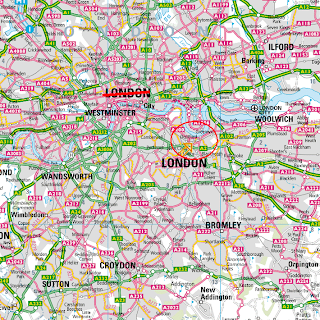 The Birds Nest pub - The Birds Nest, formally The Oxford Arms was arguably the first theatre in in the whole wide world to have a pub attached to it. All these Deptford firsts!

According to the Birds Nest, Deptford has a pirate district. I need to amend my map.

Deptford means deep ford. That is a bit of a boring fact.

Facts very few people know - I saw an apple power book in the creek at low tide, an ex-lover scorned possibly? Further down the creek (on a different day) I happened upon a black satchel that appeared to have belonged to a banker. There was nothing worth keeping in it (obviously, as all that had been taken out before it was thrown into the creek) but it was full of shrimpy things - urghh.

If that is your satchel, it may well still be by the creek near Elverson Road. The facts are wearing thin now.
Posted by Deptford Girl at 10:19

Deptford X continues till 18 October, so still plenty of time...!