drink, divorce and dockyards in Deptford 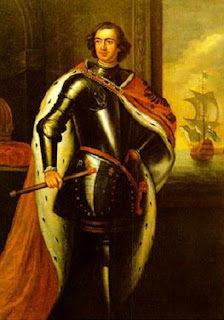 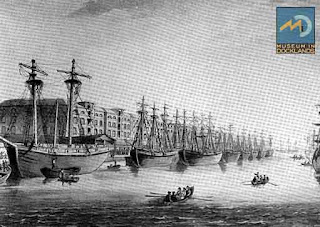 As promised, the royal connection(s). I am no royalist but I love a bit of history and scandal. Isn't that what having a monarchy is all about? And what scandal indeed. A divorce? In the 16th century? In a catholic country? The next marriage lined up? Of course there's going to be trouble. France and Spain not happy with this turn of events. Maybe they'll start a war. As all the artillery is in London and the Royal Dockyard is in Portsmouth, surely a more efficient way of transporting artillery and building materials would be to have dockyards on the Thames in case of war? Thus Deptford and Woolwich Dockyards were born. Apparently Henry liked to enjoy a banquet (which he then had forcibly removed form his stomach, you've heard those rumours too?) on board a new boat before it set sail. When I think of the aroma of the creek in this century...

A wonderfully tenuous royal link involving Christopher Marlowe next. I love this. Link number one, not strictly royal; a play he wrote, "Edward the Second" is an English history play about the deposition of the homosexual King Edward II by his barons and the Queen. Brilliant. The next link is fairly, wonderfully amazing; It has sometimes been theorized that Marlowe was the "Morley" who was tutor to Arbella Stuart in 1589, Arbella's guardian was the Countess of Shrewsbury. If Marlowe was Arbella's tutor, it might indicate that he was a spy, since Arbella, niece of Mary Queen of Scots and cousin of James VI of Scotland, later James I of England, was at the time a strong candidate for the succession of Elizabeth's throne. Wow. Oh yeah, Marlowe was killed in Deptford, hence the Deptford link.

And Caroline, this in my book, does count. Other than British royalty what other nationality are (well were) up there in the royal scandal stakes? Oh, the Russians (The word "Rasputin" is enough to get me in a really royal rumour frenzy). Peter the Great visited Deptford to learn about shipbuilding in 1698. The best thing about it is he did it dressed as a carpenter as he travelled incognito. I also have another little Peter the Great gem, which makes me understand Goldsmiths undergraduates a bit better. Peter rented Sayes court from John Evelyn while learning the intricacies of ship building. After toiling on the docks all day, all night was spent on the lash. Charming Peter and his aides trashed John's place and in the absence of shopping trolleys, ruined the gardens by riding wheelbarrows through the hedges! You just couldn't make this stuff up. I always knew sex and drink were deeply embedded in the (royal) history of Deptford.
Posted by Deptford Girl at 11:03

Glad it was helpful! To add a link using blogger, just highlight the text and click on the button that looks like a globe with a bit of chain on top (sounds weird, but then it looks pretty weird too!).